Pulling Qi for others

During the April retreat in California, I was in a “pulling Qi” group. The leader asked each person to give a focus issue for our group practice. When it was my turn, I asked for the focus to be on my daughter, Morley’s, album.

I had just spoken to her, and she said she was in the studio to make a composite album of herself and any friends she could enlist to help the kids at the Mexican border, especially those in detention camps. There is a pro bono lawyer group named KIND for “kids in need of defence”. That is where the proceeds for the album are going.

So we sent Qi to this effort.

Now she has finished it and so far they have raised many thousands to help the children receive fair treatment! When asking friends and friends of friends to contribute to the album, Yo Yo Ma and Meryl Streep contributed music! That was a wonderful surprise!

The Qifield of the April retreat must have been super strong, because I consider this a beautiful miracle!

Here is a picture of the album cover: 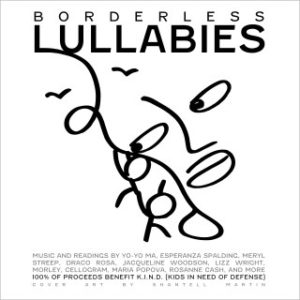