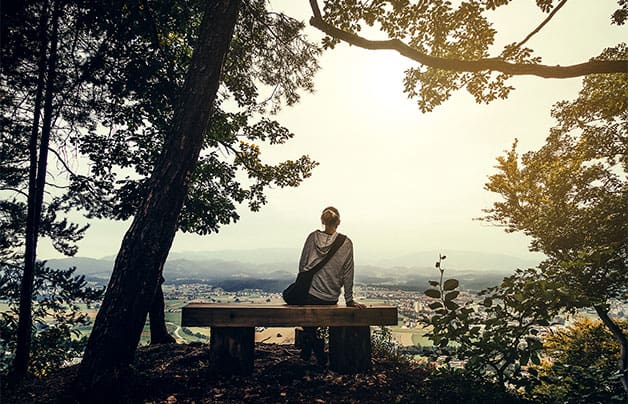 When I began to deepen my Yuan Qigong practice, going inwards and listening, I started paying more attention to that negative, berating voice in my head. Instead of letting it chatter away, unchallenged, I examined it. REN XUE teachings helped me see the damage the thoughts it expressed were having on my health and well-being. I could identify that this was a deeply ingrained pattern in my life, because not only would I berate myself when I made a mistake, but I would relive past mistakes, embarrassing moments and painful memories over and over again in my head ! I could trace these negative thoughts and re-creations through my body to a spot in my stomach where I held all my tension, all my fear, all my pressure to be seen a certain way by others. I could feel the gnarled tension in my stomach almost constantly, but there was a physical twitch and rising rush up through my chest each time I relived these memories, and I realised, like an addiction, that I was getting something out of what were clearly dysfunctional thoughts.

It got to a point that I was so disturbed by my negative internal commentary; ‘you’re an idiot’, ‘what a stupid thing to say’, ‘you’re useless’. I could see that it was abusive and even violent at times, and I realised that I wouldn’t accept anyone else saying these things to me, in fact I would intervene if I heard someone speaking this way to someone else, so why was I accepting this from myself?

I could see that the negative thoughts and the replaying of perceived negative experiences were coming from the same place, so I told myself that these were things I was no longer going to do. In my Yuan Qigong practice I worked a lot with gathering positive Qi and information and dispersing negative Qi and information, I focused a lot of healing on my stomach and my mind. As soon as I would begin to replay a memory that used to trigger that old response, or say something negative to myself, I would cut it off and say ‘ I don’t do that anymore’. I would replace that self-hate with love, and connect as much as I could with love in those moments.

I rarely experience negative self talk anymore, and if I do I am quick to cut it off. I can see the difference that this has made in my healing. Much of the tension is gone from my stomach.