What is REN XUE?

Yuan Tze’s life experience spans both cultures and REN XUE reflects his knowledge of the rich cultural and philosophical traditions of China and his familiarity with developments in western philosophy, science, medicine and technology.

Anchored in a solid theoretical base, REN XUE effects deep, long-lasting transformation in individuals and the greater community. REN XUE and its disciplines can improve energy (Qi), clarify thinking, open the heart, and give meaning to life.

If you would like to explore REN XUE’s theories and key tenets, we invite you to download this PDF file.

REN XUE’s promise is the possibility of living in a calm, relaxed and natural state, in harmony with yourself, with those around you, and with the natural world.

Read more about Yuan Tze’s background and experience, or hear Yuan Tze talk about his early years in the clip below.

Special acknowledgements for the: 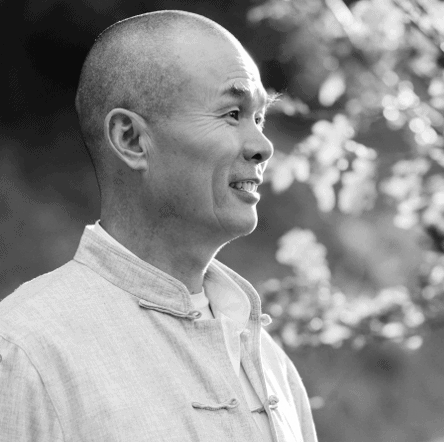 Yuan Tze’s passion to understand and develop life began as a young boy in China.  He was raised by Daoist monks from six months of age until he was four years when the cultural revolution caused the closure of the Daoist temple where he resided. While living back with his parents, he continued to be interested in traditional teachings and at the age of seven started martial arts training and learning basic Qigong.

From his early twenties, his dedicated research into the study of human life led him to learn the wide and varied disciplines in traditional Chinese culture (Daoism, Confucianism, Buddhism, Traditional Chinese Medicine, Martial Arts etc) as well as Western developments in philosophy, science and medicine. He had a strong interest in Qigong and developed a profound understanding of it through rigorous training. His focus turned to solely teaching Qigong and offering healings.

However, he also noticed that life still seemed rife with all sorts of problems that were not resolved by Qigong. He realised that fundamentally they were not addressing the real root causes of problems, and so addressing these root causes became his main focus. In 1996 he left Huaxia to direct his efforts to developing a system for achieving the goals of good health, happiness, a strong sense of wellbeing, and higher realisation and wisdom.

Tightened regulations due to changes in the Chinese government’s policy toward Qigong made it difficult to progress with his work in China, and in 2002 Yuan Tze moved to New Zealand. It was here that his holistic new life system; REN XUE was launched. In 2018, REN XUE enters another new phase as its two subsystems – Yuan Qigong and Yuan Ming Medicine – are now established. Yuan Tze believes that this comprehensive REN XUE system provides a clear path for anyone wanting to achieve the goals of good health, happiness, a strong sense of wellbeing, and higher realisation and wisdom.

During the past four decades, Yuan Tze has had a huge impact on the hearts and minds of many people. He is able to convey profound wisdom in the most accessible way. However, Yuan Tze still sees himself as an ordinary person who is a genuine and diligent life cultivator, and he is enthusiastic about sharing what he has learned with other people.

Word about Yuan Tze and the wisdom of REN XUE is spreading, and the result is a thriving global REN XUE community that is growing quickly; already there are thousands of practitioners worldwide and over 300 teachers in over 32 countries.

Yuan Tze now travels the world teaching REN XUE and has established REN XUE organisations in the America’s, Australasia and Europe.  As Yuan Tze’s English language is still limited he is accompanied by his wife and translator, Melissa Kung.  Together they are sharing REN XUE with the world.

REN XUE and its worldwide community

How to get started

Yuan Gong At-Home Learning is a complete course to get you started on your Yuan Gong practice or to deepen an existing practice.

Seven At-Home Learning Guides contain pdfs and audio and video files to fully explain and demonstrate each method (routine) and its underlying concepts. Each Guide has four sets of materials and links, sent weekly to you via email, to incrementally increase your knowledge and ability.

Begin by getting an overview of REN XUE through reading Yuan Tze’s most recent book.

Work with a certified teacher or take a class

Explore our database of teachers to find someone near you, or someone who can work with you over Skype.

Other ways to get involved

Find a class near you.

Work on the Patterns of Consciousness

Schedule a session with a teacher here.
Join a physical or virtual discussion group.

Participate in one of Yuan Tze’s Events

Schedule a healing session in person or via Skype (coming soon)

View the past online healing sessions.

Enroll in the Teacher Training Program

Dive right in! Email us for details.

Send Us a Message