Yuan Tze is a globally recognized teacher who has established Ren Xue organizations in the Americas, Australasia, Europe, and Africa. His legacy as a Qigong teacher and healer in China led him to develop the system of Ren Xue, which provides the tools and a clear path to health, happiness, a sense of wellbeing, and higher realization and wisdom. 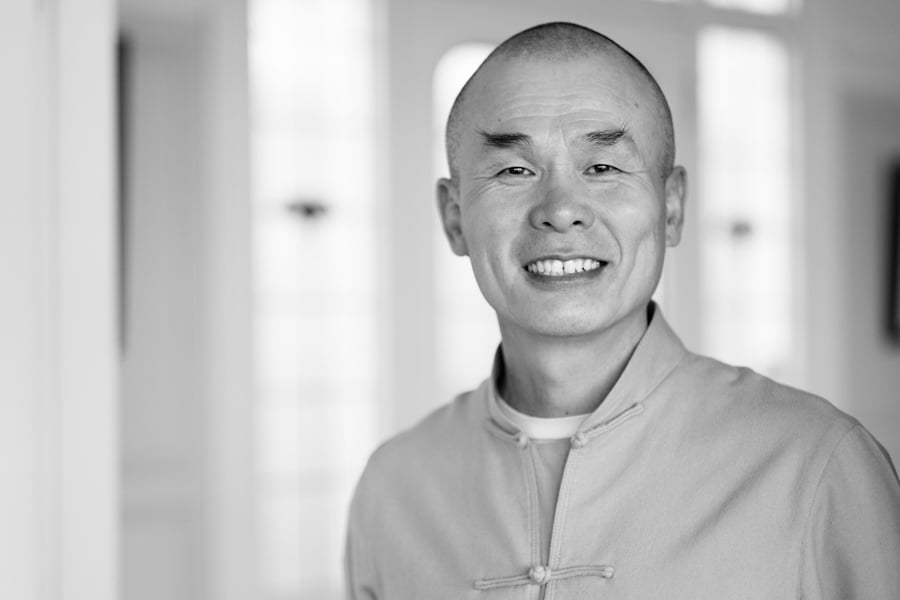 Yuan Tze’s passion to understand and develop life began as a young boy in China.

He was raised by Daoist monks from six months of age until he was four years when the cultural revolution caused the closure of the Daoist temple where he resided. The pain and suffering he experienced in his youth prompted him to explore life and find a way out.  He looked to traditional teachings and practices for solutions and at the age of seven started martial arts training and learning basic Qigong.

In his late teens, his interest in Qigong grew stronger and he started rigorous training. From his early twenties, his exploration led him to learn the wide and varied disciplines in traditional Chinese culture (Daoism, Confucianism, Buddhism, Traditional Chinese Medicine, Martial Arts etc) as well as Western developments in philosophy, science and medicine. Eventually his focus turned to solely teaching Qigong and offering healings.

However, he also noticed that life still seemed rife with all sorts of problems that were not resolved by Qigong.

In those years of using Qigong and Qi healing to help people deal with their health problems, he realized that without addressing the root causes of problems, it was unlikely that real change to life was possible. In 1996 he left Huaxia to direct his efforts to developing a system for helping people understand and uplift life.

Tightened regulations due to changes in the Chinese government’s policy toward Qigong made it difficult to progress with his work in China, and in 2002 Yuan Tze moved to New Zealand. It was here that his holistic new life system: REN XUE was launched and its two subsystems – Yuan Gong and Yuan Ming were established. Yuan Tze believes that this comprehensive REN XUE system provides a clear path for anyone wanting to achieve the goals of good health, happiness, a strong sense of wellbeing, and higher realization and wisdom.

During the past four decades, Yuan Tze has had a huge impact on the hearts and minds of many people.

He is able to convey profound wisdom in the most accessible way. Yuan Tze sees himself as an ordinary person who is a genuine and diligent life cultivator. It is his life purpose to share what he has learned with other people and support people’s effort in growing their lives. 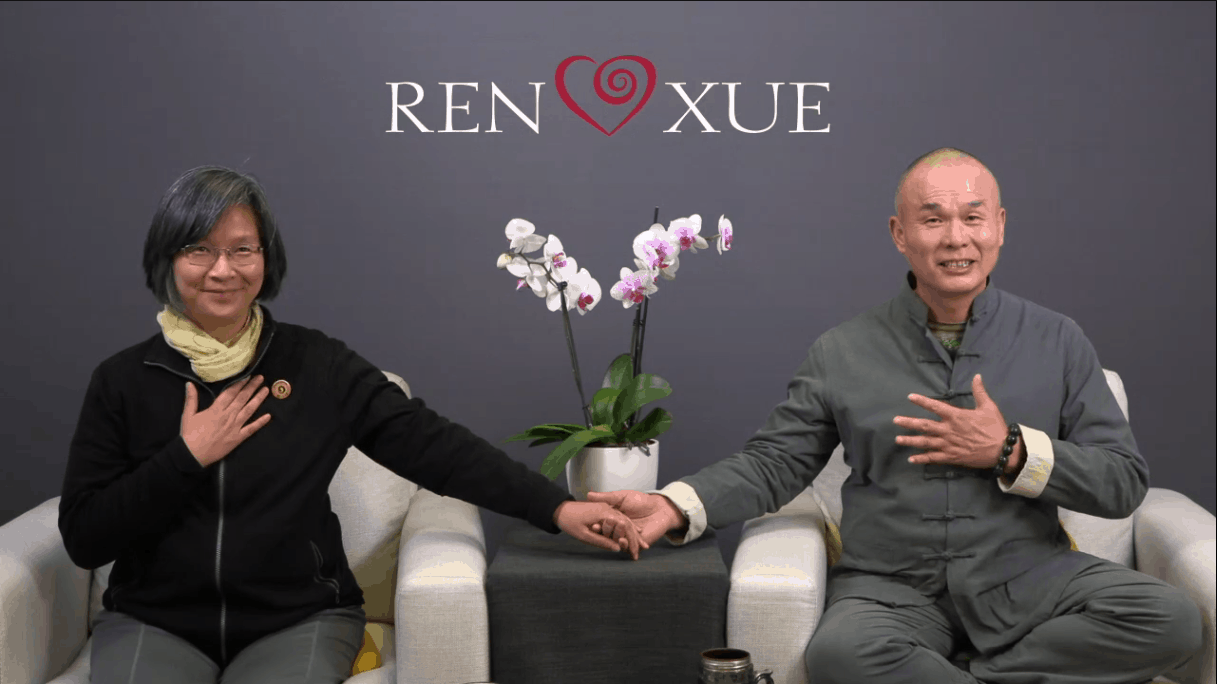 Word about Yuan Tze and the wisdom of Ren Xue is spreading, and the result is a thriving global Ren Xue community that is growing quickly; already there are thousands of practitioners worldwide and over 400 teachers in over 30 countries.

Yuan Tze now teaches online, and when he can, travels the world teaching Ren Xue. He has established Ren Xue organizations in the Americas, Australasia, Africa and Europe.  As Yuan Tze’s English language is still limited he is accompanied by his wife and translator, Melissa Kung.  Together they are sharing Ren Xue with the world.

Join Yuan Tze for his next Online Event

Gratitude is a common quality and something many of us are already working towards strengthening in our lives.  It is not that uncommon to struggle with this quality or want to find exceptions, even when we know it is something that can be very fulfilling and uplifting to our lives.  One of the most effective ways to find gratitude more easily is to see more clearly what unhealthy patterns are in the way of being grateful and working to change them.

Think of the areas in your life where gratitude does not come as easy.  How might your life change if you could stay connected with your heart and with gratitude in those situations? 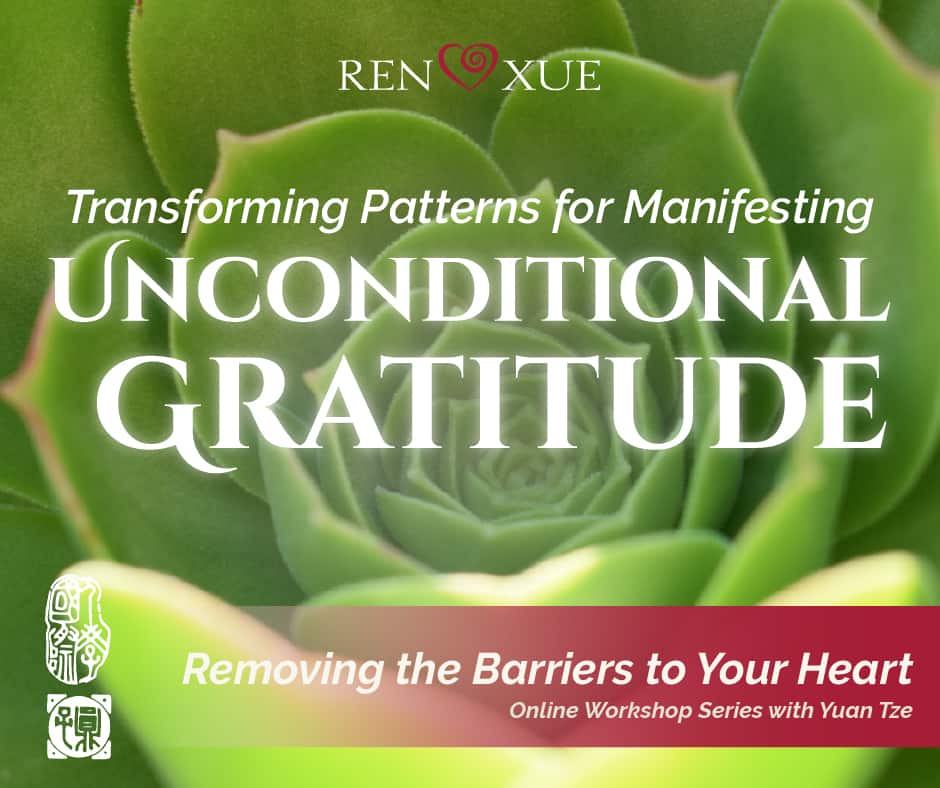